Albert Michler Distillery Int. Ltd. in the UK is not really a direct successor of the traditional company “Albert Michler, Buchsdorf, Likör - Rum - und Spiritus Fabrik in Buchsdorf”, Austrian Silesia. Nowadays Michler liqueurs and spirits are produced in the UK, but with great respect for their ancestors. Former traditions are binding to the company. There were times when people as different as Germans, Czechs, Austrians, Hungarians, Croatians, Slovenians and other nations lived peacefully in the common Monarchy of the Austrian-Hungarian Empire. In those days honor was supreme to law. The belief is that it is the greatest challenge to pursue and maintain the heritage of fathers and grandfathers and their efforts.

It was in the year 1863 that Albert Michler decided to establish a liqueur factory in the village of Buchsdorf in Silesia. This decision was taken due to the fact that in this new territory, Upper Silesia in the Austrian-Hungarian Empire, the land was full of water and offered sufficient natural herbs and spices necessary for producing liquor and spirits.

Albert Michler was a great man and a prominent entrepreneur. His father, Franz Michler, was a landowner in the village of Buchsdorf. Albert was a very skillful landowner, but more important he was the producer of the world-famous liqueur "Original Buchsdorfer Magenbitter". A liqueur which not only had a delicious taste but boasted healing qualities. In former times when cholera raged across the region after the Austro-Prussian War in 1866, Albert Michler established an emergency hospital for infected soldiers. He summoned a doctor and caretakers to treat the patients with his herbal liqueur. The success of these alternative methods was proven by saving many lives. “Albert Michler Likör-, Rum und Spiritusfabrik” was one of the oldest distilleries and rum warehouses in the Austrian Silesia region. Albert Michler supplied rums and selected liqueurs to the Imperial and Royal Court and to the Austro-Hungarian Imperial Navy. 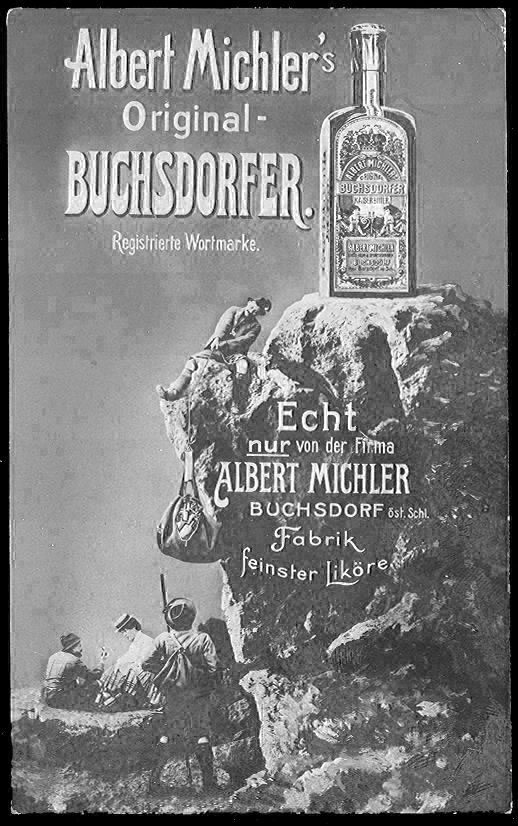 The end of the Second World War was also fatal for the distillery. The interesting and eventful life of the founder, Albert Michler Spiritus Fabrik was a legacy to carry on - thus respecting the work of the ancestors. The displacement of the “Sudeten” German population from Silesia, and the advent of the Communist Regime changed the history of one of the most admirable producers and suppliers of liqueurs and rums in Central Europe. God give eternal glory to Franz Joseph I of Austria, the Emperor of Austria and King of Hungary.